The Best of The Country Caravan - Volume I 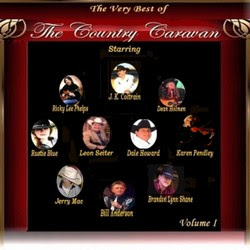 Hank Snow - The Legends of Bluegrass 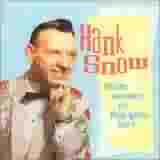 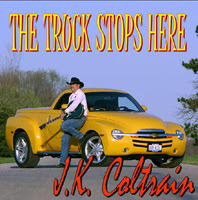 Tracks on this Album
The Truck Stops Here
Eagle Over Angel
Faster Than A Teardrops
Countryfied
Walking Through Tomorrow
Between Mason & Dickson
Stoled (The Copyright Infringement Incident)
Enough To Make An Angel Cry
What I Wouldn't Give
I Pray There's A Honkytonk In Heaven
dio
Posted by J.K. Coltrain at 4:19 AM 1 comment:

J. K. Coltrain Releases New CD
Traditional country great J. K. Coltrain has announced therelease of his latest CD on Colt Records. The new CD is entitled 'TumbleweedIn Times Square'. JK stated that he is really excited about hislatest effort and hopes his fans around The World will agree.
This follows JK's 2006 release of The Truck Stops Here which has remainedactive on the charts for the entire 42 weeks following its release. His single WalkingThrough Tomorrow is still shown high on numerous charts and currently sits at #9 on TheInternational Country Music Chart.
J. K. Coltrains career made a giant comeback in 2006 and marks the first timethat his songs have charted since early 1991. JK states that the reason for hisrebirth was twofold. One true country music is starting to become popular onceagain as many folks have grown weary of hearing the pop country stuff and secondlybecause he has rededicated himself to devoting all his efforts into putting out realcountry music.
You can learn more about J.K. Coltrain and hear his music on his official website at;
www.jkcoltrain.com
DJs can download free broadcast quality MP3s of his music at Airplay Direct;
http://www.airplaydirect.com/music/bands/1842/
Staff - Colt Records
www.coltrecords.com
ken@coltrecords.com
Posted by J.K. Coltrain at 7:50 AM No comments:

Nashville Radio Promotions is your source for direct to radio song promotions. Get radio airplay for your country, bluegrass or gospel music today.